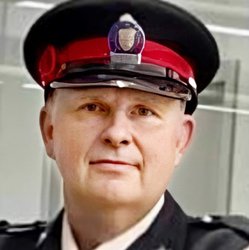 Detective-Constable Northrup and his partner were conducting an investigation in response to a priority call in an underground parking lot at Queen and Bay. During the course of this dynamic event, Constable Northrup was struck by a vehicle and later succumbed to his injuries.

He started his career with Court Services and was assigned to 11 Division when he became a police officer in 1999. He had been a member of 52 Division since 2008. He was also a proud member of the Chief’s Ceremonial Unit. He was survived by his wife, his three children and his mother.