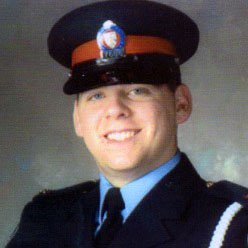 On January 12, 2011 Sergeant Ryan Russell was attempting to stop the driver of a stolen snowplow when he was struck on Avenue Rd., north of Davenport Rd. Russell, who had been a sergeant for six months, later succumbed to his injuries in hospital. "He was out doing his job in the early-morning hours, in the city, in a very dangerous situation, and put his life on the line, and tragically has lost his life doing his job," Chief Bill Blair said, on the day of his death.

A man was later arrested by police in the area of Dundas St. W. and Keele St.