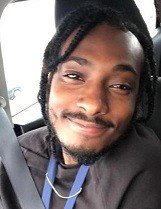 The victim has been identified as Jaron Williams, 24, of Toronto.

Four suspects were seen fleeing the area in a vehicle immediately following the shooting. The vehicle is described as a 2010-2015 beige or champagne coloured Chevrolet Equinox.

Homicide Investigators and members of the Integrated Gun and Gang Task Force are investigating potential links to a shooting incident which occurred only minutes before in the Amaranth Court and Flemington Road area, where a 43-year-old man was shot. He was transported to hospital where he remains in serious but stable condition.

Investigators are appealing for witnesses or anyone who has dash-camera footage or video surveillance of either incident to contact police.